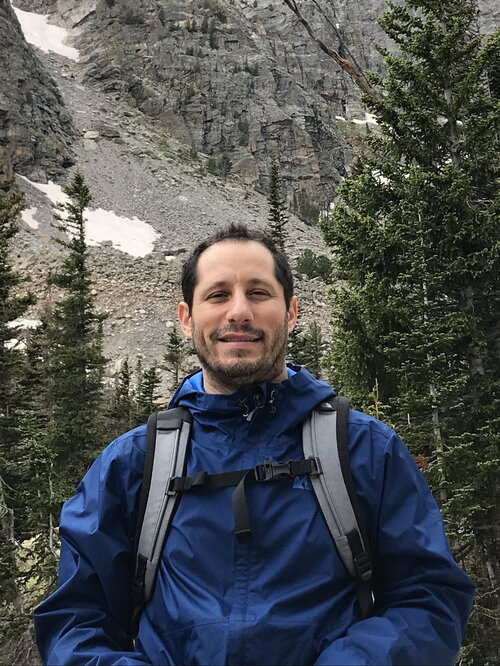 I study the history of Brazil and Latin America with special interest in race, culture, slavery, labor, and gender.  My first book, Making Samba: A New History of Race and Music in Brazil, was published by Duke University Press in 2013 and awarded Honorable Mention for the Bryce Wood Book Prize (Latin American Studies Association) and the Woody Guthrie Award (International Association for the Study of Popular Music).  I am currently co-editor of the Luso-Brazilian Review.

In 2020, I published a short book about Gilberto Gil's album Refazenda with Bloomsbury's 33 1/3 Series.

While most of my previous work has focused on the nineteenth and twentieth centuries, my current project is rooted in the colonial era, where I am exploring the afterlives and cultural, spiritual, physical, and monetary inheritances of Palmares, one of history’s largest and longest-standing fugitive slave settlements, and its iconic leader, Zumbi.  While most histories of Palmares conclude in 1695 with the death of Zumbi, Palmares after 1695: Diasporic Inheritance and the Deaths and Afterlives of Zumbi treats Zumbi’s death and the destruction of Palmares as a starting point for new diasporas and forms of inheritance. By studying African and Afro-Brazilian religious beliefs and practices, place names, and oral traditions alongside previously overlooked colonial documents, I show how memories of Zumbi and Palmares survived in multiple forms in the aftermath of 1695. And I show that a full reckoning with slavery’s legacies and a truly comprehensive system of reparations are impossible without accounting for lineages and histories that derive from other, less commonly recognized forms of inheritance. This book project transforms how we think about fugitive slave communities and diaspora and reshapes conversations about reparations, not just in Brazil but across the Americas.  An early meditation on the project,  published in 2017 in the American Historical Review, won the Vanderwood and Kimberly S. Hanger article prizes.

My work has also appeared in scholarly venues such as Hispanic American Historical Review, Luso-Brazilian Review, A Contracorriente, Journal of Latin American Studies, and edited volumes published in the U.S. and Brazil.

I believe strongly in the importance of public education and also in engaged scholarship.  Towards that end, I have written in venues such as New York Magazine, RebootIllinois, Notches, and Public Seminar, and have  appeared on Al-Jazeera to provide commentary and news analysis about Brazil.  I also prioritize exchange and collaboration with scholars in Latin America and have recently published an essay with Giovana Xavier about monuments and am completing an animated short co-authored with Flávio Gomes for TED-Ed about the history of Palmares.