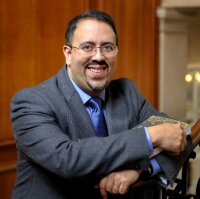 I am a historian that specializes inUS Latino history, Sport history, Urban history, and African American history. My teaching,publications, and public engagement have focused on the migration and immigration experience of Latinos within the United States as it illuminates processes of racialization, identity formation, urbanization, and labor. In particular, I examine the manner Latinos have become part of U.S. society while simultaneously engaging in transnational practices wherein many strove to retain their cultural identities. My first book, Playing America’s Game: Baseball, Latinos, and the Color Line (University of California Press, 2007), analyzes the incorporation of players from the Spanish-speaking Americas into U.S. professional baseball to illuminate the working of baseball’s color line. My second book Cuban Star: How One Negro League Owner Changed the Face of Baseball (Hill & Wang, 2011), takes my interest in race and baseball integration further as it explores what it means to be black and brown in the United States through Alejandro “Alex” Pompez’s life story, an Afro-Cuban-American who went from a Negro League team owner and Harlem numbers king to a Major League scout that opened the Dominican talent pipeline. My scholarship on Latinos in baseball has also led to my collaborating as an academic advisor on museum exhibits such as the National Baseball Hall of Fame’s Viva Baseball! and documentaries such as Roberto Clemente and The Tenth Inning.

My interests in the intersection of race, immigration, popular culture, and urban history led to my collaboration with Frank Guridy and Gina Pérez on the anthology Beyond El Barrio: Everyday Life in Latina/o America (New York University Press, 2010).

The courses I teach at Illinois include Caribbean Latino Migrations, Latinos & Cities, Urban History, and Sport & Society, along with more specialized themed courses such as “Integration Stories,” “A Tale of Two Integrations,” and “Race and the City.”